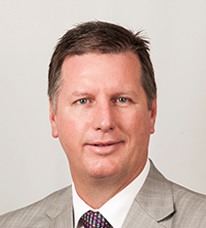 The Sheridan Family has been continuously practising law in New South Wales since William (Bill) Hynes Sheridan, was admitted to
the Supreme Court of NSW on 22 August 1896. Bill initially practised law in Sydney before moving to Bowraville for a short period of time, and subsequently settling in Kempsey and forming the partnership of Gilfillan & Sheridan with John Gilfillan in 1911.

Bill’s son, Philip (Phil) William Sheridan, was admitted as a Solicitor of the Supreme Court on 24 May 1935, and joined his father’s practice in Kempsey forming the partnership of Sheridan & Sheridan. Bill’s son, William Richard Brinsley Sheridan (Dick), was admitted on 25 May 1937, and also joined the practice. Phil continued to practice as a Solicitor until his death in 1959, after which time, Dick continued the practice in Kempsey until Phil’s son, Paul, returned from study and work in Sydney to commence practising in Kempsey.

Patrick subsequently followed his father, Paul, into the law on his admission as a Solicitor of the Supreme Court on 7 July 1995.

A member of the Sheridan family has continuously practised law in NSW since 22 August 1896, and in the Macleay Valley since 1911.

CELEBRATING 105 YEARS IN THE MACLEAY VALLEY!