A spotlight on the history of KEMPSEY

The history of the Macleay Valley is vested in the Dunghutti people. A group who shared a common language and lived in harmony.

The first European settler was Captain A. C. Innes

In 1827 Captain A.C. Innes, who was the commandant at Port Macquarie, sent a cedar cutting party to the Macleay River.

In 1835 Enoch Rudder purchased 802 acres off Samuel Onions on the Macleay River. He paid 5 shillings per acre. Rudder Park, in East Kempsey, is the site of his first home.

Enoch named the region Kempsey, after Kempsey on the Severn in Worcestershire, England. 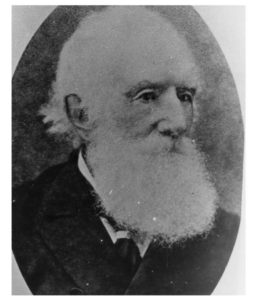 At the end of Ferry Street, opposite Chaddie’s Store, is where the first punt was brought into service in 1842 by Enoch Rudder as a means to cross the river. This ferry ceased prior to Easter Monday, 1900, when the first wooden bridge was opened.

The railway reached the town in 1917. The town was also still being served by coastal ferries until 1960.

Establishment of the Shire

Europeans were attracted to the region for its cedar. Patrick Sheridan’s great grandfather, Bill Haydon, was known as the Cedar King. A legend in the timber industry of the North Coast.

By about 1842, cedar cutting was exhausted.

At various times beef, sugar cane, maize and dairy cattle have formed the basis of the region’s rural economy. Sugar cane, however, was unsuccessful due to frost killing the crops.

The valley was ideal dairy country and the industry sustained Kempsey until the 1970’s. In 1974 Akubra established their hat factory in town, moving north from Sydney as part of a government decentralisation scheme.

According to the 2016 Census of Population and Housing, the population of Kempsey is 21,819, (including all regions with the postcode 2440).

There are 62 more males than females with the age group of 55-64 dominating in population.

Together we own 7,700 motor vehicles.

Sheridan Legal is celebrating over 106 years of providing legal services to the Macleay Valley. We are proud of our town and our history.

Want to find out more?